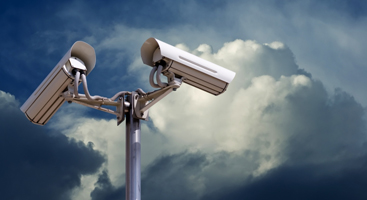 In our last blog we wrote about the advantage that a wireless security camera system can offer you, whether you’re trying to protect your home or your business. There are certainly advantages to wireless cameras, but there’s no doubt that a wired security camera can be better in some situations. What advantages can wired video surveillance offer?

As much as we love our cell phones, there’s not one out there that sounds as good as a landline. That’s because cell phone signals have to be compressed so much more than a traditional landline.

It’s a similar situation with wireless vs. wired surveillance systems. While you won’t notice the difference most of the time, any slowing of your bandwidth when using a wireless system will give you a weaker signal than you’ll get with a dedicated wired feed.

We don’t have to tell you that there are invisible waves flying through the air at all times: microwave, cell phone, wi-fi, satellite television, and so many others in the infrared and ultraviolet spectrum. Sometimes these signals can interfere with each other, and that’s where a wireless security camera system can fall down. A wired system is not as easily disturbed by these types of waves.

Wireless camera systems are considerably more susceptible to interception, meaning that it’s easier for someone to intercept, see, and manipulate the signal. In most cases that’s not a big deal; do you really care if someone can watch your parking lot through your security feed? Wireless security cameras are getting better with encryption every day, but if what you’re keeping an eye on is extremely private you’ll probably want to use a wired system.

The best way to find out if a wired or wireless video surveillance system is better for you is to contact the experts at McCray Communication. We can give you all of your options.