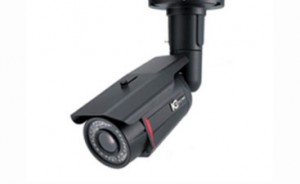 At McCray Communications, we can install some amazing security cameras, whether you need them at your business or your home. But should you go with one or the other? Here’s something to thing about.

CCTV Cameras: Closed circuit television systems have been around for decades as a way for security personnel to monitor many areas at once. Of course, they used to cost tens of thousands of dollars and be incredibly bulky. With the advent of digital technology, they’ve become amazingly affordable so that anyone can have them in and around their home. They’re also small enough so that people don’t mind having them on their home, and modern  weatherproofing techniques means they last longer than ever. Having them on your home can be the deterrent that makes thieves think twice.

So if you have a security camera system, you’re good to go, right? There’s no reason to also have hidden cameras, is there? Well…

Hidden Cameras: There are two really good reasons to “double down” on both a CCTV system and hidden cameras. First of all, security cameras can be an early target if a thief is intent on getting into your home or office. If a camera is disabled, it could act as a red herring while the hidden camera goes undetected. At that point you’ve still caught the thief in the act. Second, out-in-the-open cameras can be avoided by someone who is familiar with their angle of view. For instance, a babysitter or maid might know the single blind spot that your security cameras can’t see and take advantage of it. What they won’t see is the hidden camera in the smoke detector that’s recording their exploits.

It’s always a good idea to have a backup in any system, and a hidden backup is a great way to go in a home security system. Give us a call and we’ll get you all set up.