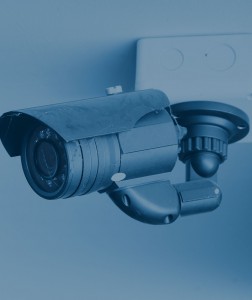 People have gotten accustomed to everything being wireless: phones, internet connections, speakers. So naturally people are interested in knowing about wireless security cameras. Are they less reliable than their wired counterparts, or more so? Let’s take a look at some of the advantages you can get from a wireless security setup, as well as a few of the drawbacks that might make you decide on a wired system.

What’s the most obvious reason that people choose wireless security cameras? They’re wireless, of course! This is helpful in ways that you might not have thought about before.

Perhaps the most obvious reason to go with wireless is that there are no wires to lay, which means that you don’t have to drill holes into your home or business in order to get the signal inside. When it comes to wired cameras, McCray Communications is an expert at getting wires from the outside into the indoor receiver with the least amount of mess and drilling, but if drilling is a dealbreaker you’ll probably want to consider wireless security cameras

If you have a wireless system installed and find that it’s not in an ideal location, moving it will be considerably easier than moving the wires of a wired system. Why would a camera need to move? Your property can change over many years, including additions to your house, growing trees, or the addition of a mobile home that sits in the same place 11 months out of the year. A wired system would be much harder to move when the time comes.

Advantage #4: Distance to the Receiver

Cable for a security system isn’t incredibly expensive, but it is an expense. And if you have a long driveway or an extensive property, burying that cable will certainly be more expensive than the cable itself. If you get a powerful camera and receiver, you’ll be able to put the camera considerably farther away for less money.

Are you convinced that a wireless security camera is for you? While they certainly have a lot of advantages, it’s important to know about a couple of aspects that you might have to consider.

Unfortunately, the signals from a wireless camera system can experience interference. We’re surrounded by different types of signals every day: television signals, radio waves, cell phone signals, etc. While security cameras frequencies can be changed to avoid these problems, there’s always the chance of a new form of interference coming along.

Wireless systems can be plugged in, but more often than not a homeowner will be powering them with batteries. These batteries will have to be replaced periodically, so it’s a good idea to find a system with rechargeables.

Before you decide on any surveillance system, wired or wireless, it’s important to talk to an expert to explore the advantages and disadvantages of each type of system. Give McCray Communications a call and we can help you find the right system for your property.