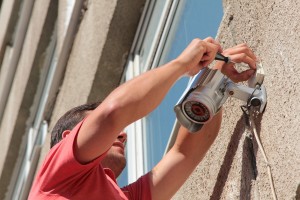 At McCray Communications, we’re ready to make your home safer. That starts with a surveillance system that delivers many ways of keeping your home and valuables safe.

It Takes The Target Off Your Home: The greatest deterrent to a thief is a surveillance system. Despite what Hollywood might tell you, thieves aren’t looking for homes with advanced CCTV’s and home security surveillance system just so that can enjoy a challenge. Any thief who wants to get away with a crime will go down the street until they find a home without security cameras.

It Can Verify or Disprove Alarms: There are going to be times when there are false alarms. For instance, every motion-activated light has been tripped by waving branches or a passing raccoon, but then you have that uneasy feeling in the back of your mind: was it really a racoon, or is someone running through the backyard in preparation to break in? All you have to do is rewind the footage to see what’s happened at that particular location.

It Can Help Prosecute: Let’s say the intruder decides to risk breaking into your home even though he sees the security cameras. And let’s say that it happens when you’re not home to verify that it’s a burglar and he gets in and takes something. The good news is that you now have high-quality video evidence of the person who burgled you, and you can pass this video on to the police to help them in the investigation

It Proves The Event Happened: If you’ve ever had to file an insurance claim, there’s one thing they always require: evidence. Having the footage of the burglary occurring is the best form of evidence to prove that you’re not trying to commit insurance fraud.

All of these serve as a great way to keep you and yours safe. Contact us today and we’ll get you the best surveillance system available.